The title of my first novel, Heat 30:1, has a ratio in it because ratios play a big role in the story. The ratio in the title represents the 30 bushels of wheat grown per acre – the yield – on the farm of the protagonist, John Henley, in Kansas in 2025. That is on the low side compared to the real world, with yields in the 40s and 50s during the last decade. And it was well below the 60 bushels the Ratio Committee in the book expected, jeopardizing John’s water rights. Be sure to read the book if you want to find out how he fared.

Ratios are key in most businesses, from banking to manufacturing to farming. They summarize information in a brief and fast format. My favorite is the quick ratio (also known as the acid-test ratio) that I first read about many years ago in a Merrill Lynch brochure on financial statements. It is the sum of liquid assets, such as cash, divided by current liabilities. In other words, can a company pay its bills that are then due. A quick ratio of 1:1 is usually the minimum for a healthy business.

The environmental field also uses ratios. The most famous is probably the ratio of carbon dioxide in the atmosphere, usually shown as parts per million (ppm). The current level (Oct. 2020) is around 410 ppm, which means there are 410 molecules of CO2 in a sample of air containing one million molecules. Nitrogen, oxygen and water vapor make up most of the rest.

So, the percentage of CO2 in the atmosphere is less than 0.1 percent. Not much, but it packs a wallop by reflecting back to the earth’s surface thermal radiation that would otherwise escape into space. The rise in CO2 from about 280 ppm in the 1800s to today’s 410 ppm has contributed to the approximately 2-degree Fahrenheit rise in temperature at the earth’s surface during that time.

That level of CO2 is the highest since 14 million years ago, when the earth’s temperature may have been 9 degrees F hotter (all temperatures before the modern era are estimates, of course, based on sediments in the oceans and other geologic evidence). And then there’s the dinosaur era, when the levels were sometimes in the 2,000 ppm range, and the temperatures 20 or so degrees F hotter. And I can’t resist mentioning the planet Venus, whose atmosphere is almost all CO2 – 960,000 ppm, with an estimated surface temperature of 880 degrees F.

I will be posting other ratios from time to time on this page, such as those related to food supplies and fresh water. Not too many, just some key ones I like to watch so I know how we’re doing.

I always remember those words from my time working in New York City in the 1980s. The mayor then was Ed Koch, and he was always asking reporters, “How am I doing?” Folksy but wise (met him once at a bookstore, but that’s a tale for another day). So, how are we doing today? In my humble opinion, we’re definitely trending in the dangerous direction, with hurricanes and wildfires in the headlines every day, and record temperatures every year. In short, Mother Earth needs more love, a topic for my next novel. 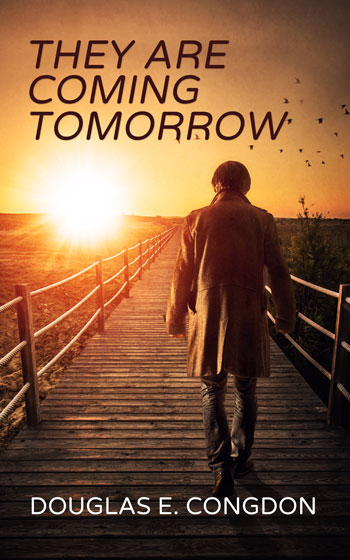 Subscribe to my newsletter and you’ll immediately receive an electronic version of They Are Coming Tomorrow, a short story set in America in the early 2030s at the start of the Transition to the world portrayed in Above Sea Level.

Got It
Learn more